Norwich Reach the Premier League and The Choir Sings On! 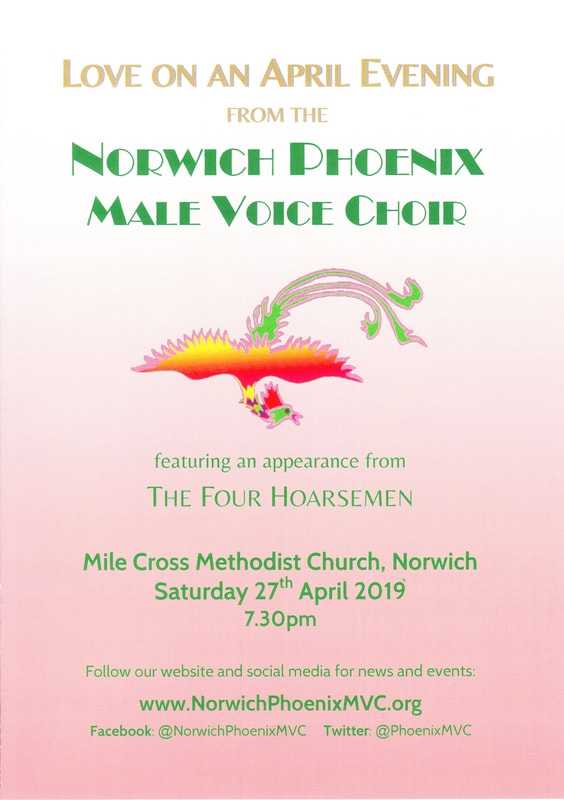 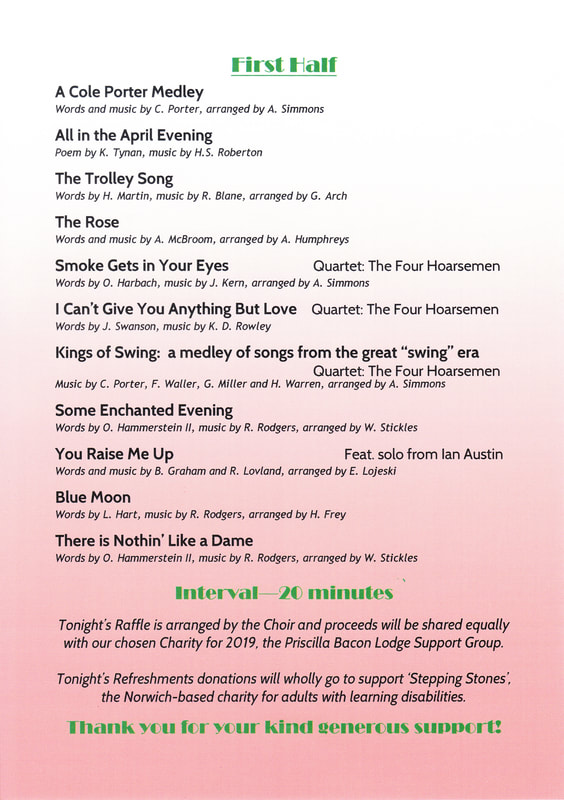 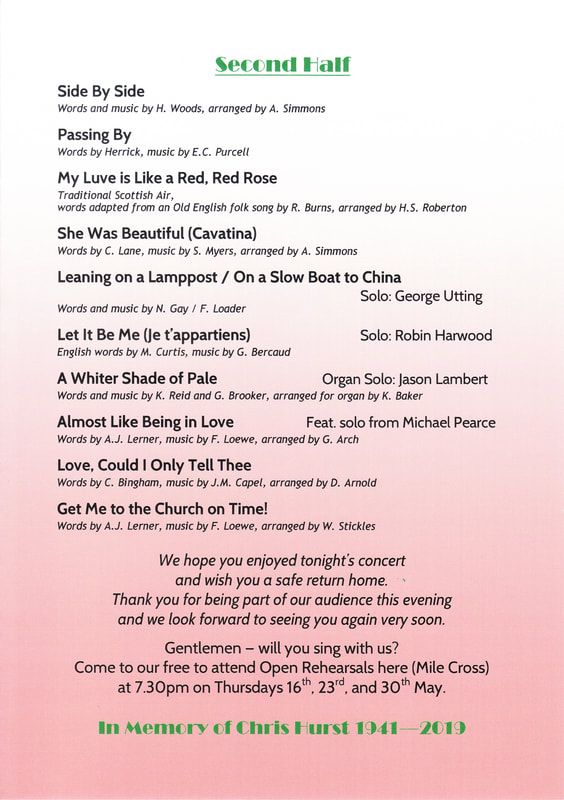 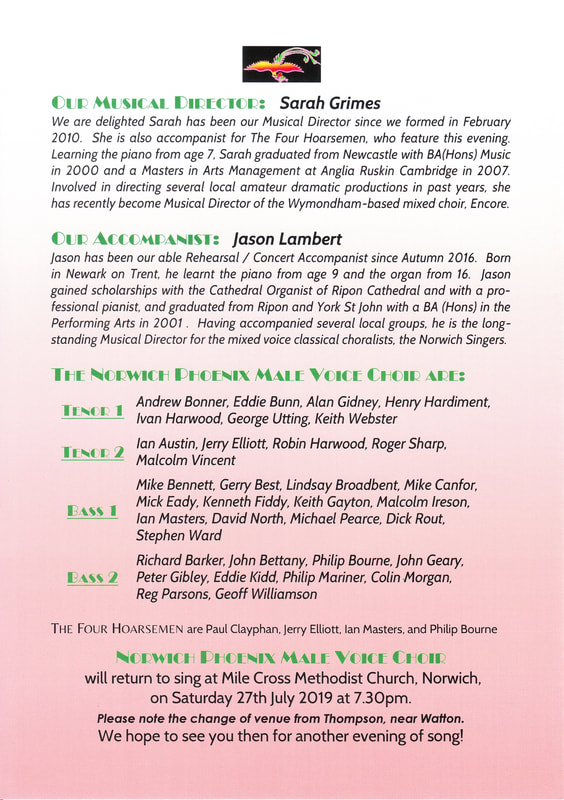 Having been delighted to have undertaken our first private engagement, singing at a wedding, in March 2019,
we were back to our 'home base', the Mile Cross Methodist Church on Norwich's Aylsham Road, in April
for our first public performance of the year.   And the night was remarkable in many ways!

Following the starting set based upon a medley of Cole Porter songs,
our Norwich Singing Men ventured into several different musical styles in presenting its Spring Programme,
from film and musical classics to traditional airs, bound with the theme of love.
The first half interlude was reserved for the first public appearance of The Four Hoarsemen,
a quartet made up of three of our number together with a past-choir member to indulge in their love of swing.
They were originally brought together as an informal group by our previous accompanist Simon Ireson,
but now accompanied by our very own Sarah Grimes.
Judging by the reception they received, they obviously hit the mark!

The evening was the first from which our 2019 Charity of the Year, the Priscilla Bacon Support Group, would benefit,
and a bucket collection with a raffle proceeds share will feature at all our own concert productions
held during the year, with a special presentation to the Group representatives in December.
The Group supports the work of the Priscilla Bacon Lodge Hospice by providing items
and other support for the hospice while it carries out its comforting work.
We were also pleased to confirm that refreshments donations would still entirely support
the local adult charity Stepping Stones in their valuable support of adults with special needs,
a cause which we - and our host home base - have supported for a considerable while now.

The second half choir interlude included well-received solos volunteered from among our own number
with a sing-a-long as only George can deliver and a welcome to Robin on singing his first solo effort.
There then followed a splendid rendition upon the church organ of Procol Harum's 1960s classic 'A whiter Shade of Pale'
by accompanist Jason Lambert, showing why his first love is the more regal instrument than the grand piano.

It must be said though that whilst everyone appeared to be paying attention throughout,
someone somewhere had a mobile phone
because we were all informed from time to time with footballing matters at Carrow Road...

Over the evening, choir pieces of note included a haunting arrangement of 'The Rose'
and several audience members spontaneously rose to their feet in the encore to clap along
with Lennon and McCartney's 'Ob-La-Di Ob-La-Da', which completed the programme!

And so the night finished well...!
...our audience clearly enjoyed themselves, our first full concert of 2019 was under our belt,
The Four Hoarsemen had their first public outing, and Norwich City FC was restored to the Premier League once more!

The concert also marked the first without Tenor 2 and PMVC Eggheads Challenger Team Member Chris Hurst,
and it was held in his memory.

There now follows the small matter of our first engagement well-outside the County boundaries in Grantham... 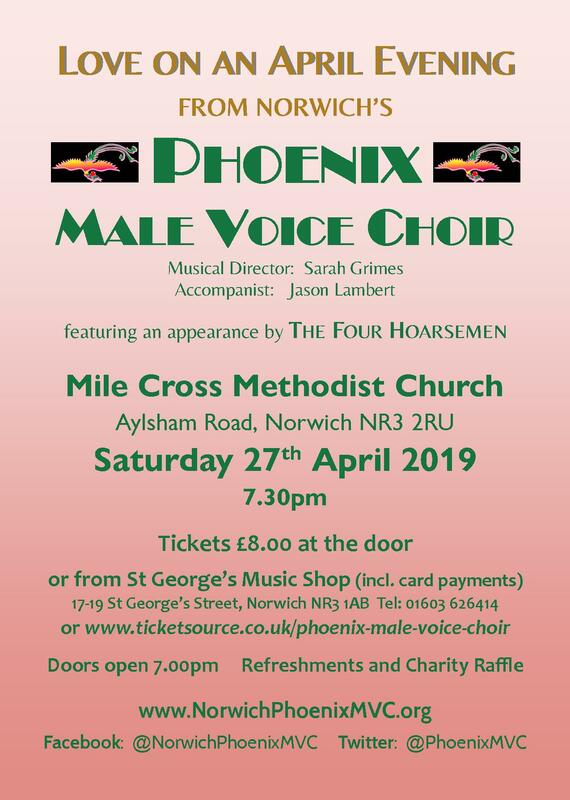