Our First Concert Outside of East Anglia to Meet Up Again with Our Radcliffe-on-Trent Male Voice Choir Friends! 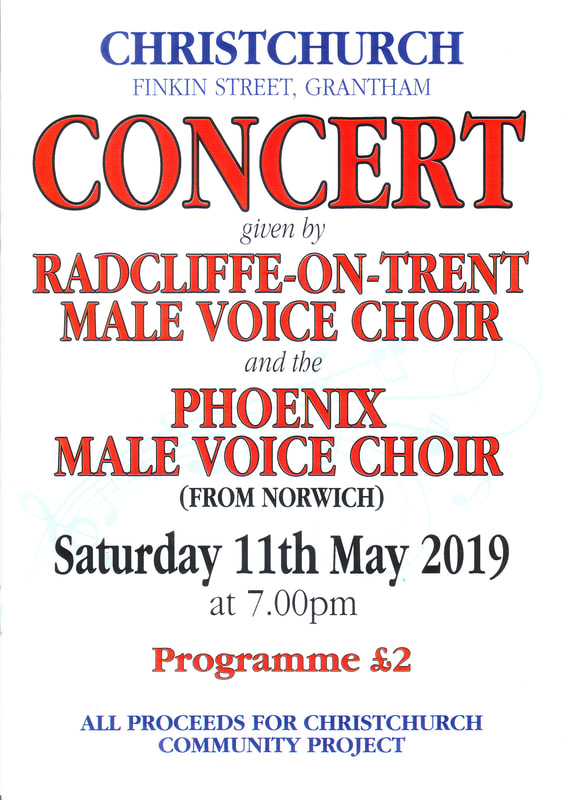 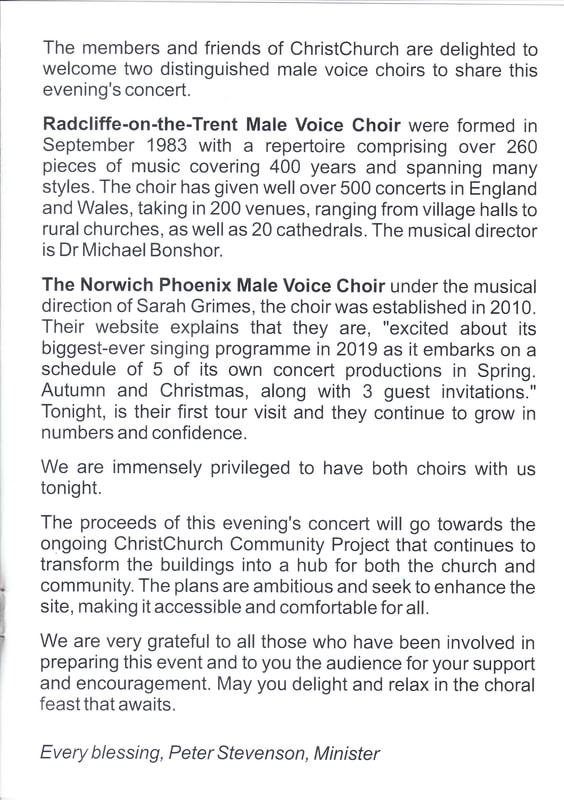 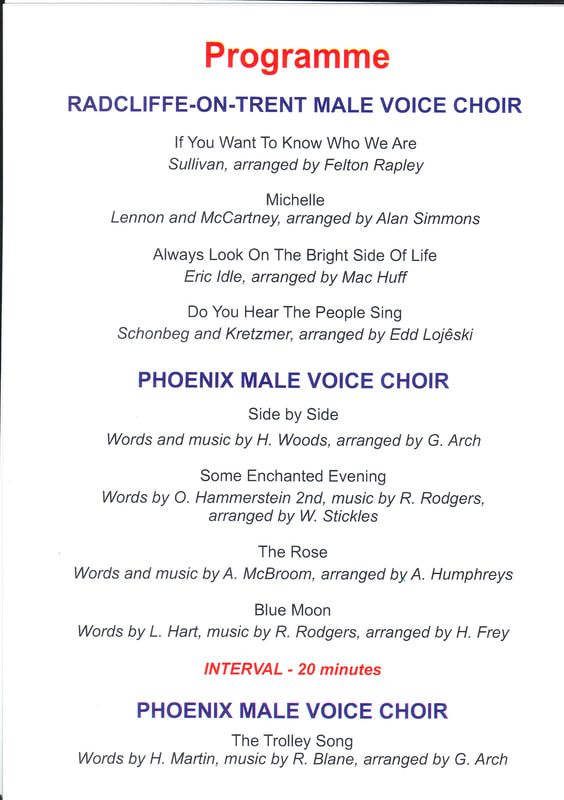 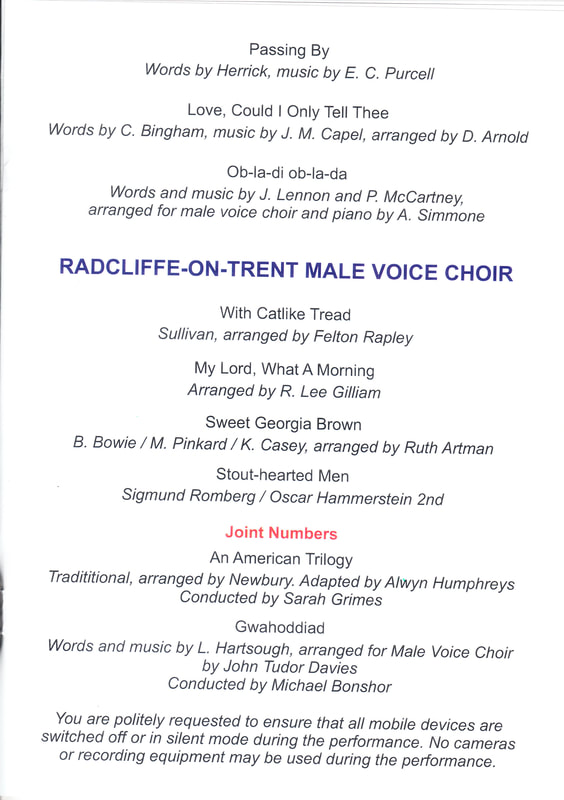 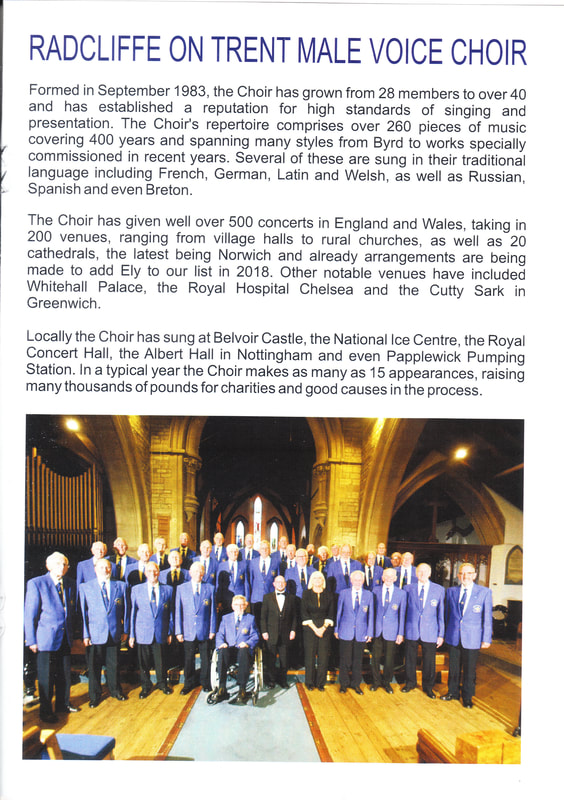 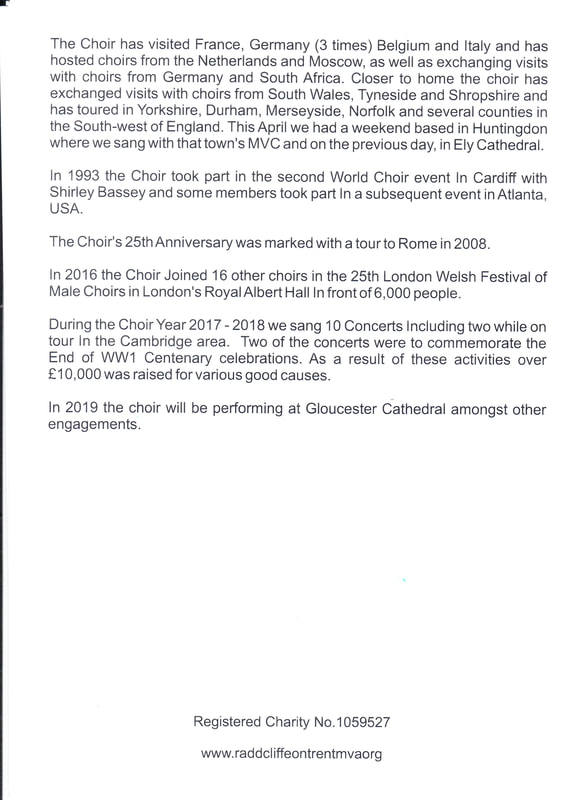 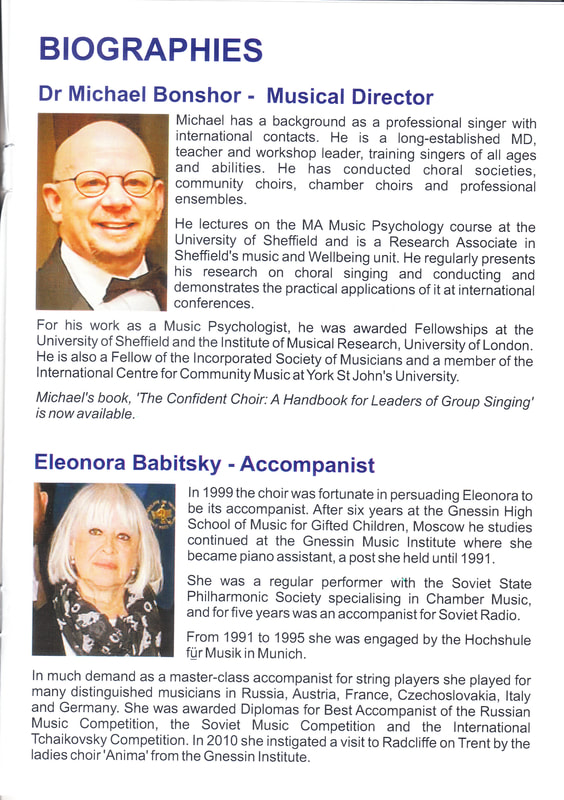 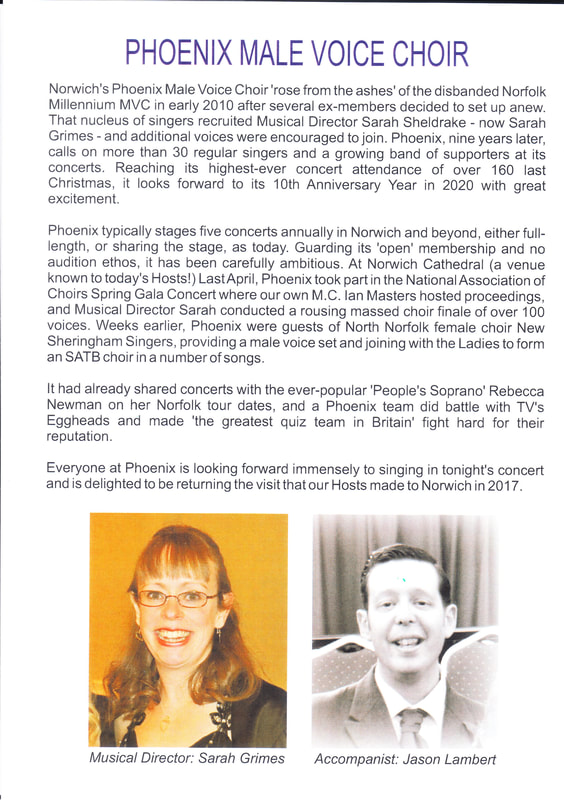 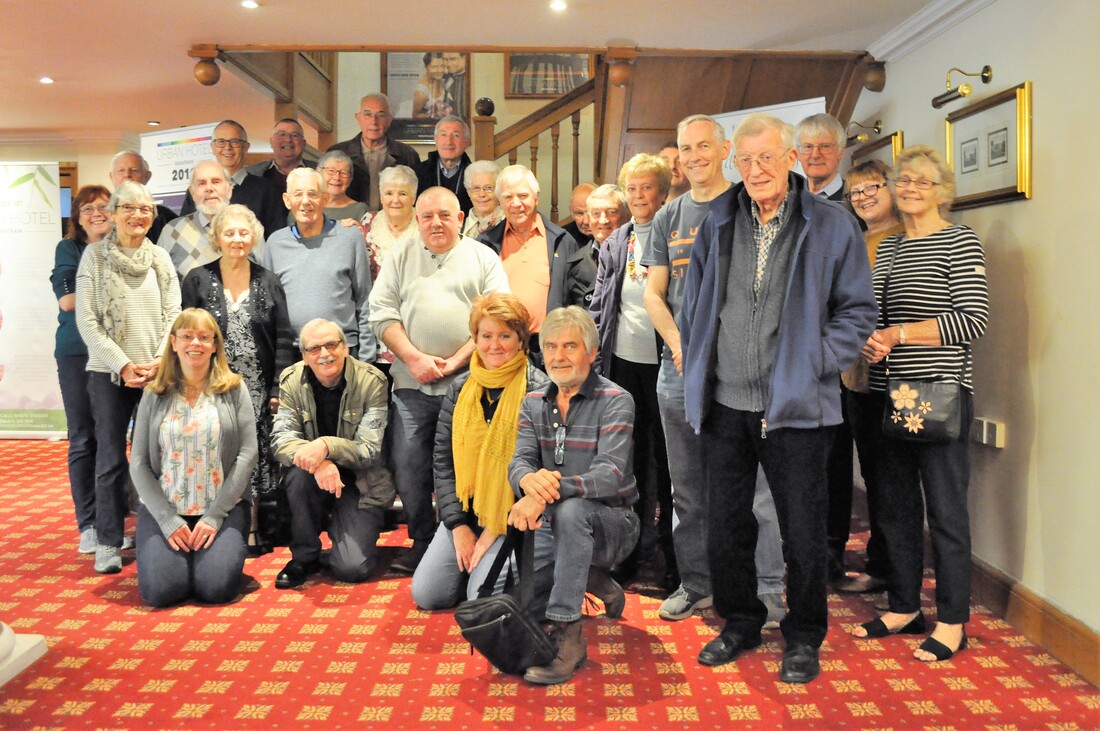 Phoenix's intrepid travelling cohort of MD Sarah (foreground, left),Choristers and Companions on the Choir's first 'away' concert at Grantham, May 2019
"Passports at the ready, Lads..."
Just joking!!!

Phoenix enthralled a lively audience in Grantham, Lincolnshire, on Saturday 11th May
at our first ever concert outside of East Anglia,
and it was great to be able to travel there with so many 'other-halfs' to enjoy our first tour venture.
Invited to take part in the joint concert by our singing friends of Nottinghamshire’s Radcliffe-on-Trent Male Voice Choir,
the message to the Norwich singing men from the host Church Spokesman and their Minister
was clearly to come back again,
as several of the town centre's ChristChurch audience took to their feet in applause
at the end of Phoenix’s programme of songs.

The concert was held at a mid-point venue between the two choirs' respective home bases
and was familiar to the Radcliffe choir as they had appeared there on a previous occasion.
The evening itself marked the return of a visit made to Norwich by the East Midlanders
for a joint concert with Phoenix in 2017
and was held to support ChristChurch's own ecumenical community project in Grantham.

Each choir gave two individual and excellent sets with Radcliffe's memorable
a capella rendition of 'Lord, What a Morning' and their semi-signature 'Sweet Georgia Brown' among their highlights,
with our Norwich lads doing justice to our own semi-signature 'Love, Could I Only Tell Thee'
(someone there said they had never heard that song sung so well!)
and trying our best to raise the roof with our animated version of 'Len 'n' Mac's' 'Ob-La-Di Ob-La-Da',
to close our second set.

The programme concluded with the 60+ voices of both choirs joining together for a very well received massed finale
of the male choral standards ‘An American Trilogy’ conducted by Phoenix’s own Sarah Grimes,
and the ever-popular ‘Gwahoddiad’, under the direction of Radcliffe-on-Trent’s MD, Dr Michael Bonshor.
There was able piano accompaniment throughout the evening by Jason Lambert for Phoenix
and Eleonora Babitsky for the Nottinghamshire singers.

Having now exchanged a visit with Radcliffe (although we are promising each other more collaborations!),
surely further exchange concerts will be a firm part of the Phoenix programme
and a Norwich visit from Sheffield’s Millhouse Green Male Voice Choir
with a joint concert in Thorpe St Andrew is already arranged for early September.

Meanwhile, we go on to host Open Doors Rehearsals on the remaining Thursday evenings in May
as we start work on our Summer programme.