A gala concert in an iconic Cathedral with an 'all choirs' massed finale! 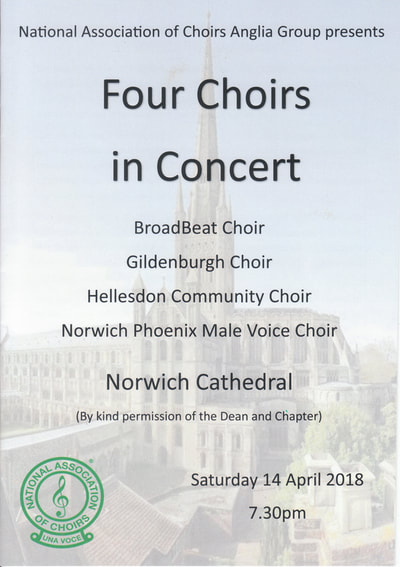 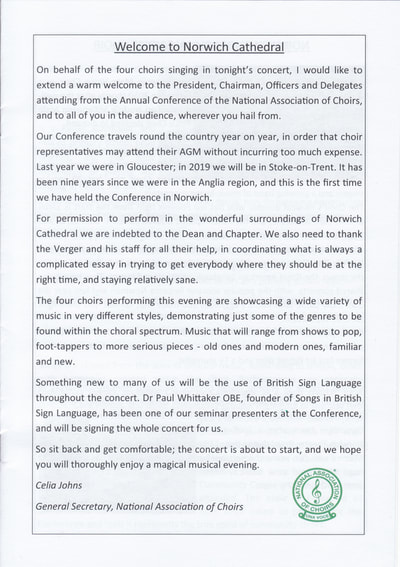 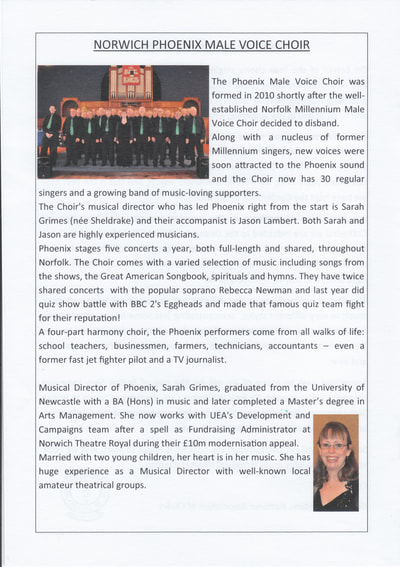 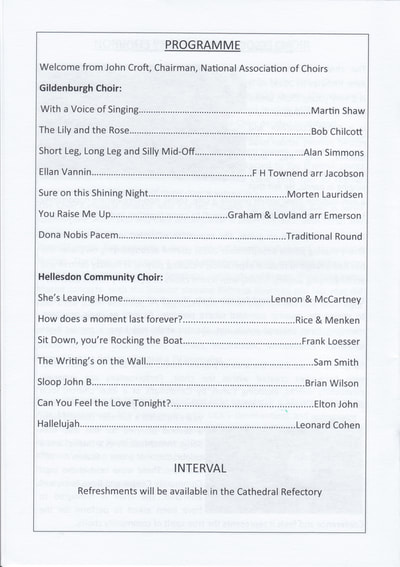 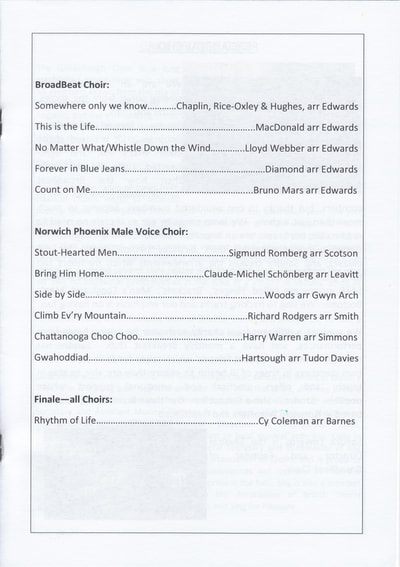 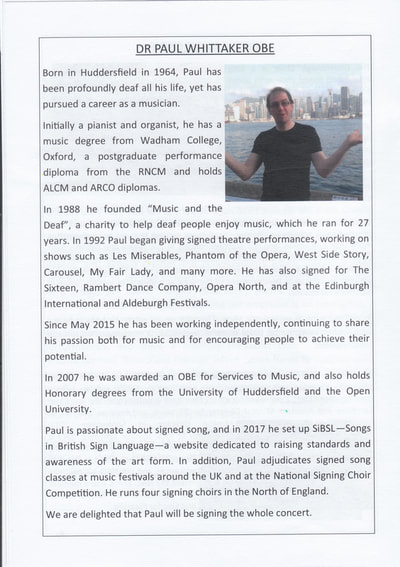 We were delighted to participate with three other Choirs from the NAC Anglia Region
in the National Association of Choirs' Gala Concert on Saturday 14 April 2018,
held on the weekend of the NAC's 2018 Annual Conference in Norwich.

A first for us as a Choir was being understood by people with profound hearing difficulties as we sang,
since the concert was fully BSL signed by Dr Paul Whittaker.
​Paul was interviewed during the concert by the evening's Compere, our very own Ian Masters,
and it was clear to all attending that Ian, for a change, had finally found his match!

Wow! What a great evening we had on 14th April 2018 in the NAC Gala Concert at Norwich's Anglican Cathedral! We hugely enjoyed listening to, singing in the company of, and then joining in the Grand Finale alongside our colleague songsters from BroadBeat Choir @BroadBeatChoir, Gildenburgh Choir @GildenChoir and Hellesdon Community Choir with @BobChilcott in the audience and especially appreciated our singing being BSL-signed by Dr Paul Whittaker @DrPaulOBE! It was great to meet you all!